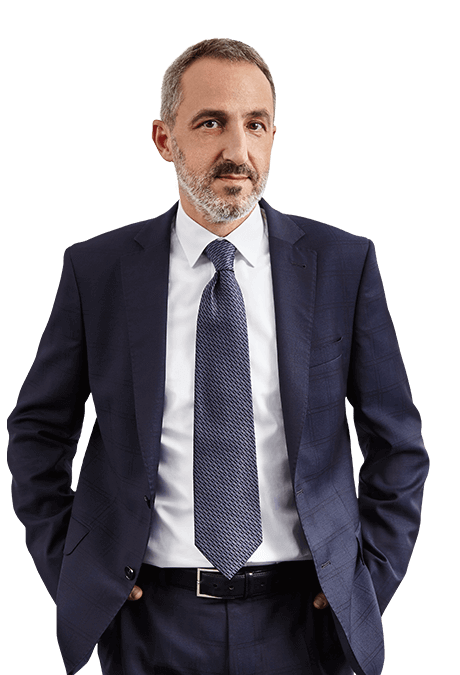 Michał’s areas of expertise include:

From 1996 to 2015, Michał worked in the tax departments of Arthur Andersen and Ernst &

In Ernst & Young, Michał held the position of the Transaction Tax Department Director. He

specialized in tax support for transactions and restructurings. He provided advisory services for the biggest Polish and foreign firms as well as Private Equity funds.

He was also responsible for the tax advisory services for the real estate market in Poland and  Central and Eastern Europe. He worked for the key real estate funds and developers on the market.

From 2009 to 2011, Michał was in charge of the Tax Department of Ernst & Young regional office in Poznań and in this role he was focused on developing tax advisory services for firms and entrepreneurs in the Greater Poland region.

Michał has co-authored the book ”Taxation in the Real Estate Market” and numerous articles and commentaries on tax law issues.

He is married and has two children. 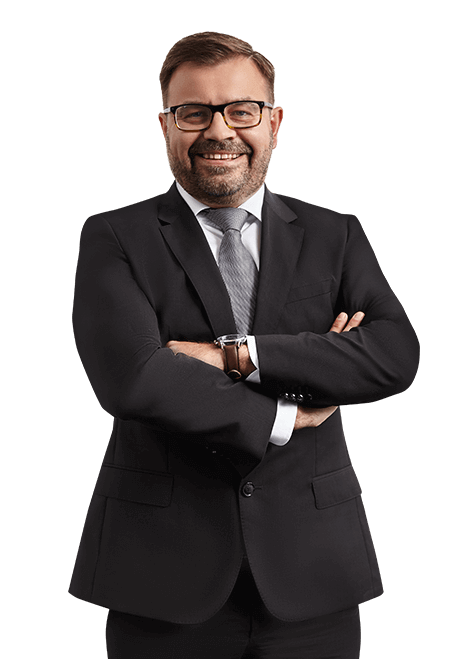 Lesław started his adventure with tax advisory services in Ernst & Young and continued it there for over 10 years.

As a Legal Counsel, Lesław provides support to Clients particularly in cases related to state aid, penal-fiscal liability and in proceedings before common courts and the Constitutional Tribunal. As a result of proceedings in significant tax cases, which he has led for Polish entities as well as recognized multinational corporations, Lesław has successfully contributed to revoking incorrect tax decisions and to returns of unduly paid taxes. Lesław has his own strategy of leading legal proceedings which ensures his high effectiveness and is the reason why Clients hold him in high regard. The strategy involves a thorough knowledge of the facts and use of the most simple legal argumentation – the importance of which is often belittled today.

Lesław has been the author of numerous tax commentaries and opinions published in Polish newspapers. He has also co-authored the book “Polish Tax Law versus European Tax Law. The Catalogue of Discrepancies”, edited by Professor Bogumił Brzeziński (Wolters Kluwer 2015).

He is fluent in English, German and French.

Lesław is passionate about travels, strategy games and architecture. 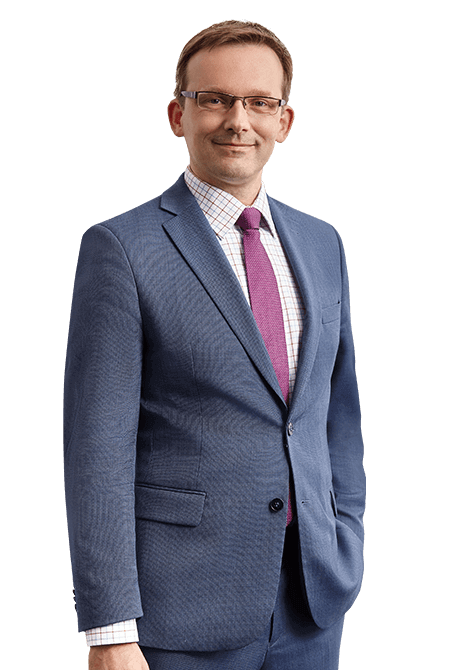 Adam is an expert in two major areas: state aid for companies, including both cash grants and tax incentives to support companies’ growth, and income tax, including corporate and personal income taxation.

Adam’s expertise in state aid is related in particular with tax benefits in Special Economic Zones (SEZs) in Poland (at present: Polish Investment Zone). Adam has been engaged in applying for, amending and settling of over 80 permits in all SEZs in Poland. In addition, Adam has delivered ongoing tax advisory services to dozens of companies operating in all SEZs in Poland. Adam also has extensive experience in securing grants from domestic and EU sources which support companies’ growth – he has been engaged in securing grants of PLN 300 million.

His expertise in the field of income tax includes:

He worked in the tax advisory department of Ernst & Young between 2003 and 2015, and between 2012 and 2015 held the position of Senior Manager. He was a member of the EY Grants and Incentives Team, responsible for a full range of consulting services for companies operating in SEZs in Poland. Between 2003 and 2012 he was also a member of the EY Human Capital Team responsible for tax advisory services to individuals.

Adam was part of the team who prepared the book “Support for Companies from EU Sources” in 2005. He is also the co-author of a guide book about SEZs in Poland: “Legal and Tax Aspects of Running Businesses in Special Economic Zones in Poland” (2010). Adam was directly engaged in the process of extending the existence of SEZs in Poland until 2026. Adam runs training sessions and workshops related to state aid and speaks at conferences on taxes and state aid.

He graduated in Economics from the University of Opole and took post graduate studies in Project Management of EU Funding Projects with the Warsaw School of Economics.

Adam is married and has two children. His personal interests include both ancient and modern history as well as Montessori education. 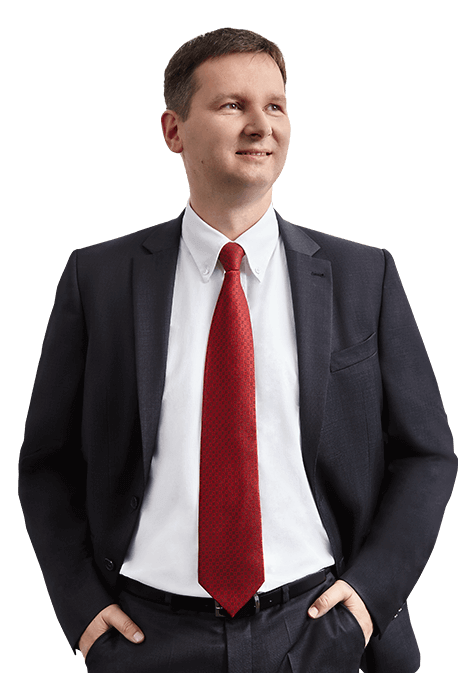 Andrzej has been involved in tax advisory services for almost 20 years. He is a licensed tax advisor and specializes in Value Added Tax (VAT). He is in charge of the Indirect Taxes Team in Thedy & Partners.

Andrzej has started his professional career in Arthur Andersen. Between 2002 and 2015 he worked at Ernst &Young where he was involved in advisory services for the biggest international companies and many Polish entities, mainly in the FMCG, Transportation & Logistics, Hotel & Restaurant & Catering (HoReCa) sectors. He also was the leader of a team dedicated to supporting the Public Sector, including support to local government units (mainly municipalities) and central administration.

Andrzej has written ca. 100 articles and commentaries for the Polish specialised press. His interviews on VAT taxation have been broadcasted on television and radio. He is a co-author of the first Polish commentary on the 6th VAT Directive (C.H.Beck, 2003; editor K. Sachs) and the commentary on the VAT Directive 2006/112 (Wolters Kluwer, 2008). He worked as an expert for the first comprehensive study comparing national and EU VAT regulations (VAT Directive. Polish perspective; Wolters Kluwer, 2012).

He has acted as the director of international conferences dedicated to VAT taxation. He has been the VAT lecturer at congresses, seminars and training sessions.

He graduated from the Warsaw School of Economics (SGH). He also studied at the Ecole Superieure de Commerce (Rennes, France) and at the French Institute of Management (IFG) in Warsaw.

Andrzej is married and has two sons. His passions include travelling, topography, architecture, astronomy and astrophysics. 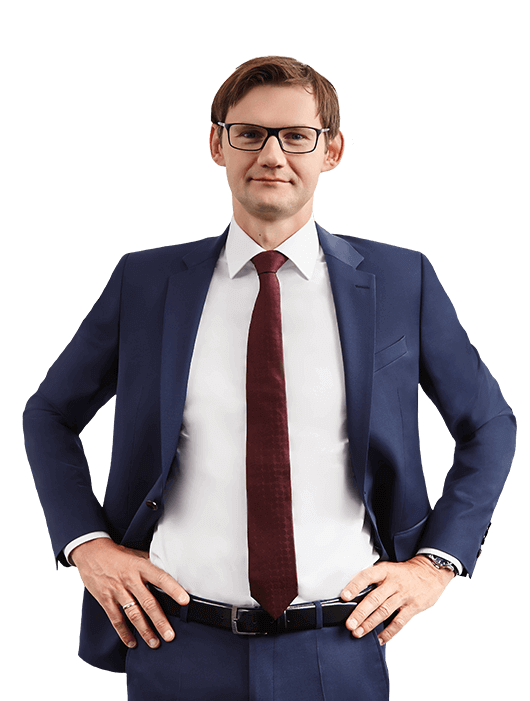 Łukasz is mostly engaged in Mergers & Acquisitions (M&A) and transaction advisory projects. He advises many Polish and foreign businesses in the real estate, manufacturing and retail sectors on an ongoing basis.

He has an extensive knowledge of transactions and restructuring processes. He has participated in hundreds of tax due diligence projects and dozens of stand-alone asset and business deals. Łukasz has represented many clients on the seller side in Vendor Due Diligence projects. He has also assisted clients in tax-efficient structuring of disinvestments.

Łukasz has created, co-created or coordinated set-ups of many multinational tax structures and acquisition structures for significant strategic investors, investment banks and Private Equity Funds. He has participated in a number of the most prestigious acquisition processes taking place in Poland.

In his career, Łukasz has been responsible for a range of:

Łukasz gained his professional experience while working in one of the top consulting companies in Poland for many years.

He ran the F6 course on taxation as the ACCA tutor and is currently in the process of completing of his own ACCA Qualification.

He is the author and co-author of dozens of tax-related publications and articles and the speaker at numerous tax training sessions.

He graduated from the Faculty of Finance and Banking and Faculty of Management and Marketing at the Warsaw School of Economics.

Łukasz is fluent in English.

He is married and has two daughters and a son. 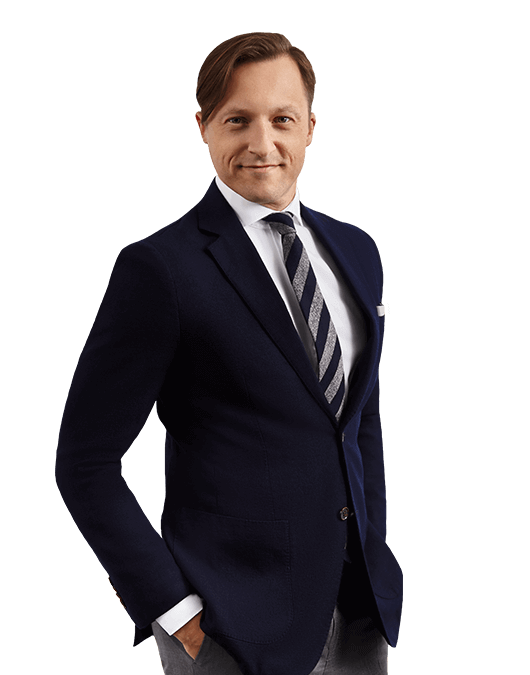 Michał provides comprehensive tax advisory services on local taxes and charges (in particular, real estate tax) and supports Clients in their relations with tax authorities, including representation before administrative courts.

He is the Expert on the Local Taxes Team of the Minister of Finance’s Tax Law Advisory Council.

He also lectures on tax law at Nicolaus Copernicus University in Toruń (Faculty of Law and Administration). He has authored numerous publications on real estate tax, tax proceedings and court litigation issues.

Michał has extensive experience in advising on real estate tax and in court proceedings for the largest Polish and foreign entrepreneurs. Between 2006 and 2014 he worked at Ernst &Young. He was the creator and head of the EY Real Estate Tax Team (at Senior Manager level) which provided services to the top companies in Poland. In 2015, he started his own Nielepkowicz & Partners law firm. It specialised in comprehensive support related to real estate tax and court proceedings. In 2017, his law firm merged with Thedy & Partners.

He graduated in Law at the University of Łódź.

Michał  is fluent in English.